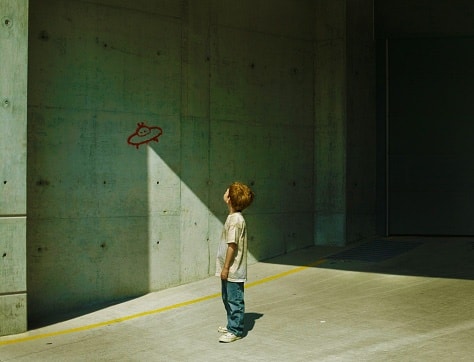 Building an app is great. Publishing an app is not. Despite all the great apps available on the App Store, it’s often difficult to publish an app on the store due to Apple’s extremely specific requirements. This creates quite a few protracted hours spent putting all of the requirements together so we can actually publish the app we’ve spent the last few months working on.

For the Android market, publishing is simple. So simple that if we built an Android app and wanted to give it to somebody, it would be as easy as sending the file to them in an email and them opening it up on their device.

With Apple, however, the process is much more stringent. Because all iOS apps are only distributed through Apple’s proprietary App Store, there is a specific approval process that each app has to go through in order for users to start downloading it. The process includes adding metadata to the app (everything from the primary language of the app to the SKU), creating a beta build of the app for review, uploading screenshots of the app on different devices, and answering a bazillion questions about compliance, content, and platform version. Even after gathering all of these different pieces together and submitting it for review, we then usually have to cross our fingers and see what Apple says, and there’s no guarantee that they’ll approve it (although we’ve learned many a trick over the years to help ensure a quicker path to approval).

This cumbersome process makes it extremely difficult to manage an app once it’s completed, and makes releasing updates and maintenance fixes much more difficult. This can get especially frustrating when something needs to change  on the app after it has been released through the store. Even if the update is simple, we still have to go through the lengthy process again. This  further delays the app from reaching its intended audience, as well as leaving customers who installed the app waiting patiently for an update or bug fix.

Luckily, iOS and Ruby developer Felix Krause created a tool called FastLane that simplifies this endeavor so that Apple’s stringent publish process isn’t as much of a headache.

FastLane is primarily a command-line tool, and acts just like a normal command-line script once it’s installed. After that, almost everything is automated. For instance, submitting it for review used to take a lengthy amount of time. But with FastLane, it’s as simple as:

The coolest part of FastLane is the ability to generate screenshots. A big part of Apple’s Review process includes sending a number of screenshots of the app and the different functions the app offers.  In the past we would spend hours and hours taking screenshots, but now we can accomplish the same thing with one simple command:

And then delivering it to the store with:

This definitely cuts away the long time it takes to publish an app to the market. The time we save using FastLane allows us to concentrate on continuous improvements to the app rather than all the steps we need to take in order to get the app into the hands of its customers.

Using FastLane makes publishing an app extraordinarily simple. In the past, we had to painstakingly create every single requirement for the App Store by hand, FastLaneautomates most of it, cutting down significantly on the amount of time we spend publishing apps. Special thanks to Felix Krause for such a great tool!